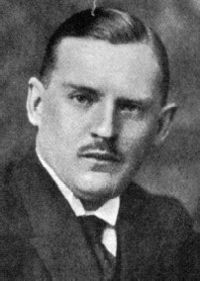 In the early 1930s, Alekhine dominated tournament play and won two top-class tournaments by large margins. He also played first board for France in five Chess Olympiads, winning individual prizes in each (four medals and a brilliancy prize). His tournament record became more erratic from the mid-1930s onwards, and drinking alcohol is often blamed for his decline.

Alekhine offered Capablanca a rematch on the same demanding terms that Capablanca had set for him, and negotiations dragged on for years without making much progress. Meanwhile, Alekhine defended his title with ease against Bogoljubov in 1929 and 1934. He was defeated by Euwe in 1935, but regained his crown in the 1937 rematch. His tournament record, however, remained uneven, and rising young stars like Keres, Fine, and Botvinnik threatened his title. Negotiations for a title match with Keres or Botvinnik were halted by the outbreak of World War II in Europe in 1939.

Negotiations with Mikhail Botvinnik for a world title match were proceeding in 1946 when Alekhine died in Portugal, in unclear circumstances.

Alekhine is known for his fierce and imaginative attacking style, combined with great positional and endgame skill. He is probably best known as one of the greatest attacking players of all time! He also produced innovations in a wide range of chess openings.

Statistical rating systems differ about his strength relative to other players, giving him rankings between fourth and eighteenth in their "all-time" lists. Alekhine was acclaimed as one of the founders of the "Soviet School of Chess", which dominated the game after World War II. He is highly regarded as a chess writer and theoretician, giving his name to Alekhine's Defence and several other opening variations, and also composed a few endgame studies.