The weekend of 24/25 October 2020 comprised of four events open to Juniors.

The Champions Trophy is an invitation-only event. To gain a place at the Champions Trophy you have to perform exceptionally well at a Chess Power cluster event, a regional event or at a Sarapu Cup. The standard is high and only the best chess players in NZ get an invite.

It is fair to say the COVID pandemic not only caused people financial hardship but also created concern for the safety of people when attending events. To address these issues, we decided to hold the Champions Trophy in both an onsite and an online format for the first time.

We had a total of 67 players participate in the online event with good representation from across New Zealand. Although the numbers were quite low for our first online Champions Trophy, it should be remembered the event didn't even exist a few weeks earlier. In addition, we had 135 players attend the onsite Champions Trophy event. So combined, 202 players participated.

The event was held online using Zoom technology and our games server, Tornelo. Tornelo was recently updated to support online events when COVID struck and it was up to the task!

With an online event, it isn't that easy to pull together a photo collage of the event. Once you receive your certificates, medals and trophies, please send in your photos to events@chesspower.co.nz and we will add your photos to this report!
The prize desk at the onsite event included both the onsite and online awards. All players receive a special Champions Trophy certificate. Age group medals were also up for grabs. The overall winner of each division wins a glass engraved trophy to keep. Note that the online trophies were not engraved so we can put players names directly on the glass. 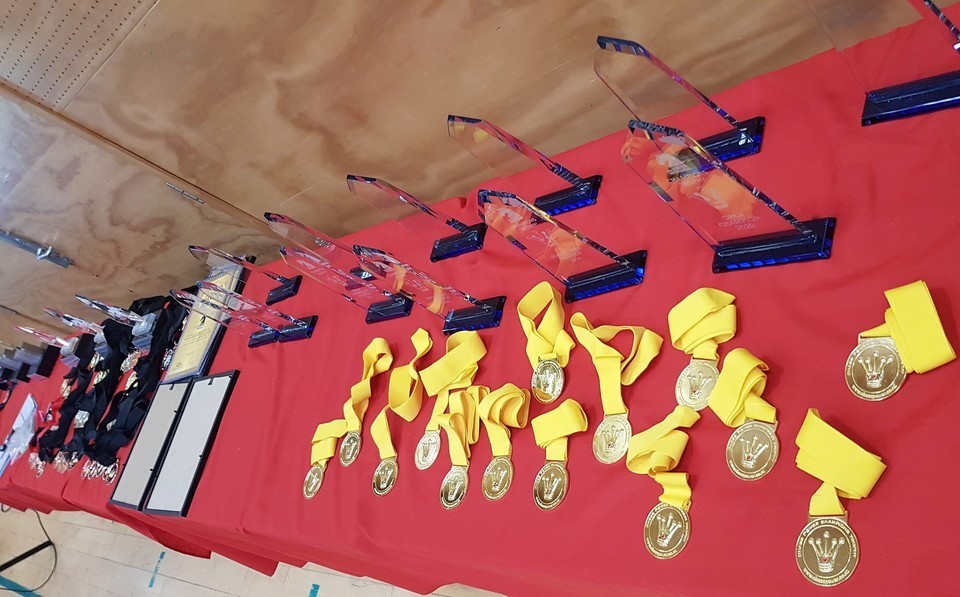 Aside from the tournament itself, the Champions Trophy featured a brand new event called Chess Mastermind™.
The event was extremely popular. Many got knocked out on the first question, but Alexander de Maupeou d'Ableiges managed to make it all the way to Level 6, winning the Carlsen Champion Package!
We have now renamed the challenge to "Who wants to be a Chess Master?™" because it follows a similar format to the "Who wants to be a millionaire?" game show. 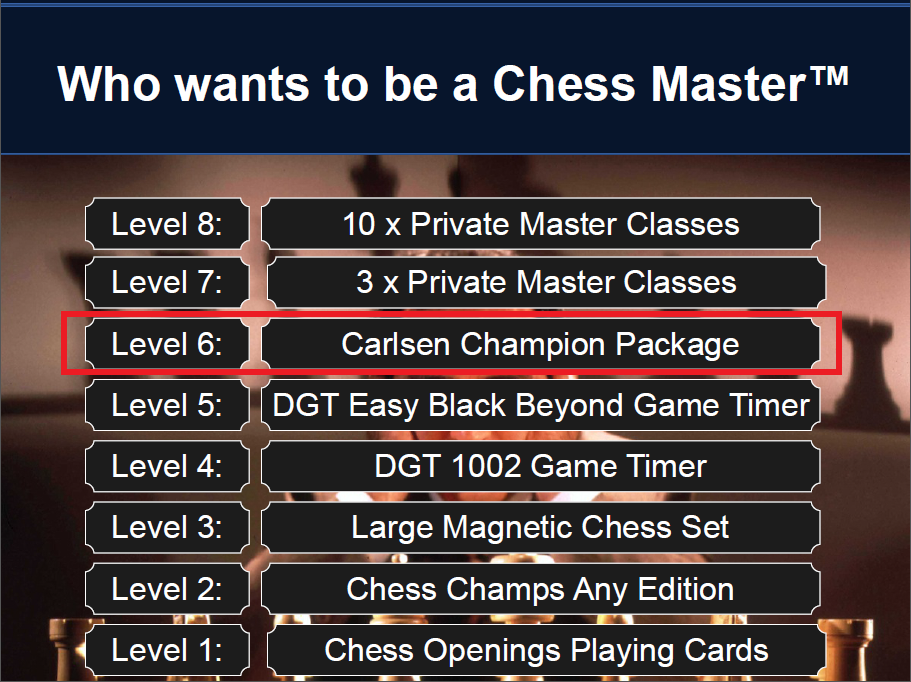 We had special prizes for players that gained the most rating points and had the biggest upsets winning against a lot stronger players.

The best score by a female player in each division were awarded glass Best Girl Champions Trophy trophies.

The best score by a player in each division were awarded glass 1st Overall Champions Trophy trophies.

The Chess Power team still smiling (mostly) after a full on and exhausting day of junior chess!

We would really love to hear what you thought of the event. We are giving away 6 chess sets for the best feedback.

The photos of the event including are available on our Facebook page. Or even better, Like our page and get notified.