SuperChess™ is an awesome chess variant created by Chess Power. SuperChess™ gives many of the pieces super-powers making for an exciting and fast-paced battle.

The Rook, Knight and Bishop all get significant upgrades. If you are familiar with Embassy Chess, Gothic Chess or Fairy Chess some of the upgrades will be familiar to you. The Queen, King and Pawns remain the same as traditional Chess. 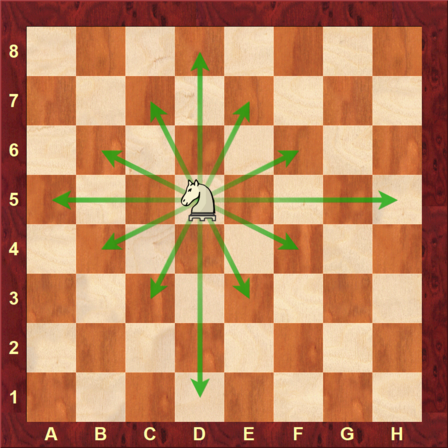 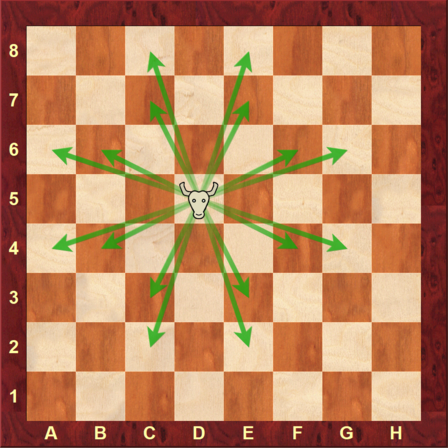 The arch-bishop replaces the traditional bishop in Chess. It can move like a bishop or a knight. 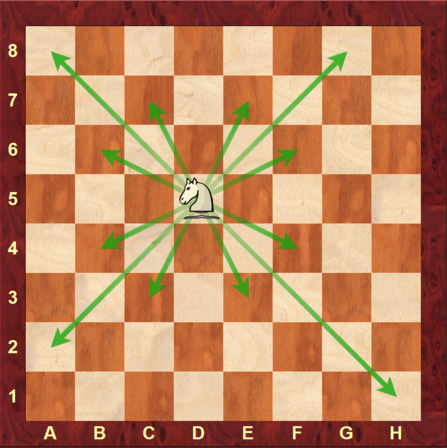 Here is an example game illustrating how SuperChess™ is played.

This is the start position of SuperChess™. 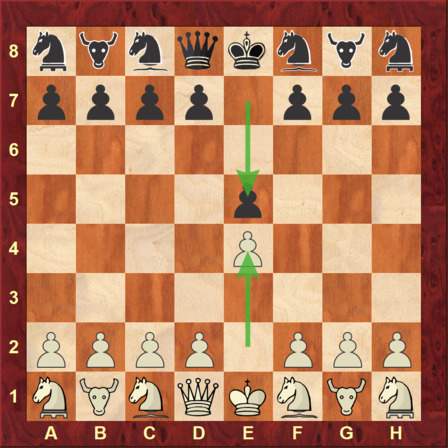 White moves her wildebeest from b1-c3.
And Black replies by moving his archbishop from f8-g6. 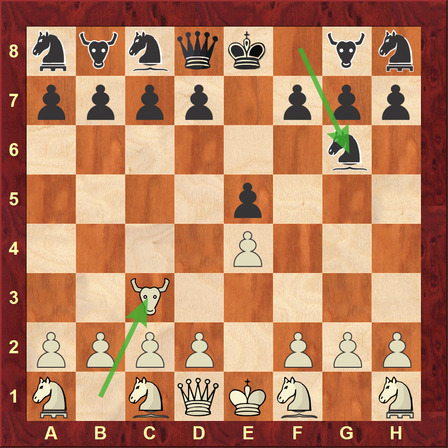 White moves her archbishop from f1-e3.
Black replies by moving his wildebeest from g8-h5. 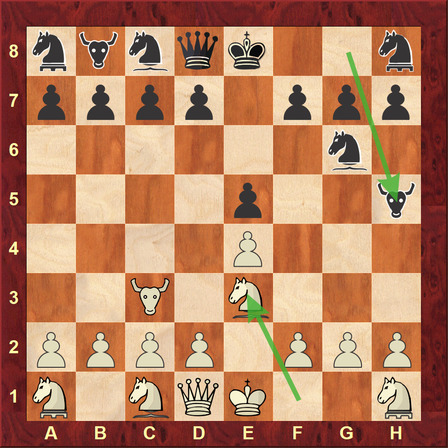 White notices that her e4 pawn is under attack by both the archbishop on g6 and the wildebeest on h5. So White plays her pawn from d2-d3.
And Black decides to castle. Castling in SuperChess™ is done with the King and the Chancellor. 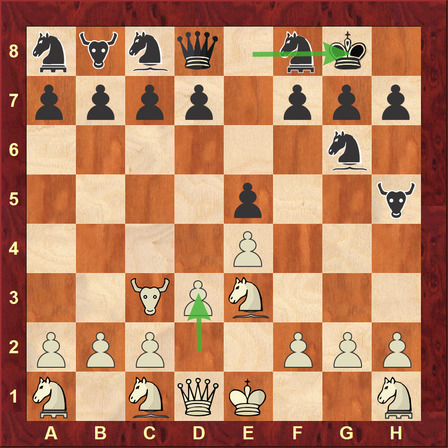 White moves her other archbishop from c1-e2.
And in reply, Black moves his wildebeest from h5-f4. This is actually a check because black's wildebeest on f4 is attacking the white king on e1. 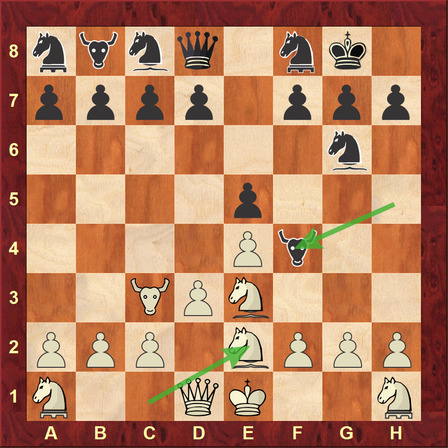 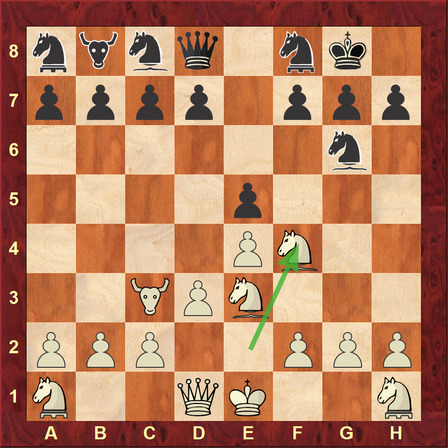 And Black replies by capturing back with his archbishop on g6. 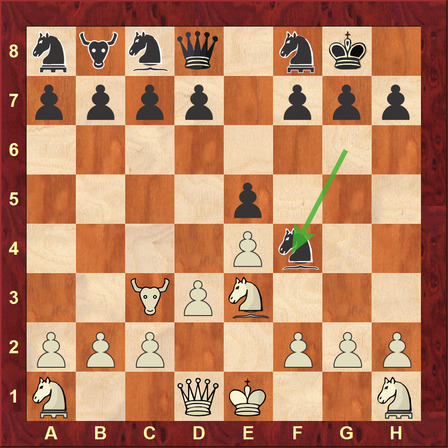 White captures again, this time using the archbishop on e3. 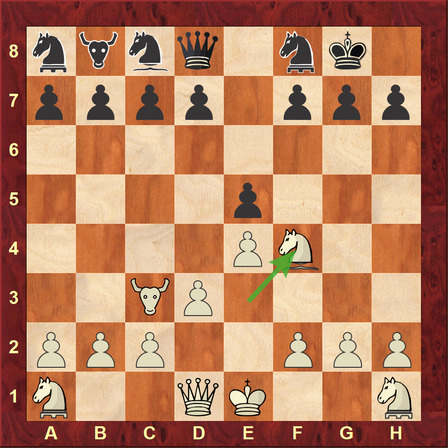 And Black recaptures with the e5 pawn. 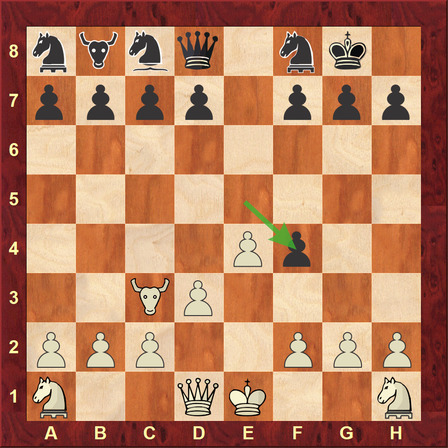 Now White surprises her opponent by capturing the f4-pawn with the wildebeest on c3. White has successfully won a pawn! The exclamation mark in the notation below means this was an excellent move.
Black responds by moving his wildebeest from b8-c6. 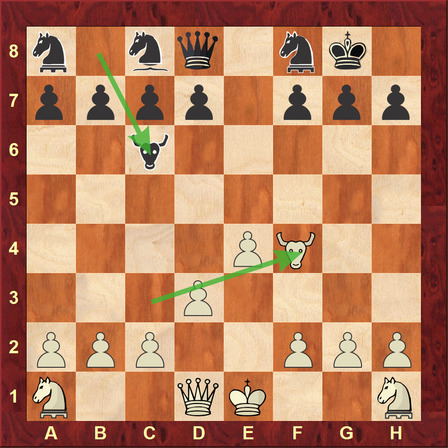 White now moves her queen from d1-g4 threatening a checkmate on g7. Note both the queen on g4 and the wildebeest on f4 are attacking g7.
Black responds by protecting g7 by moving his queen to f6. 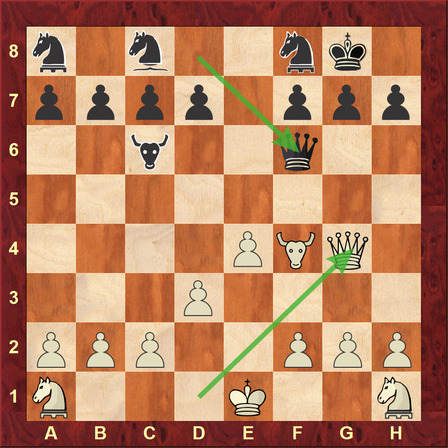 White now surprises her opponent again with a nice double-attack! White moves her wildebeest from f4-h5 attacking both the queen on f6 and the king on g8. Fantastic move!
With the realisation that black is losing his queen, black resigns the game. Here is the full game score... 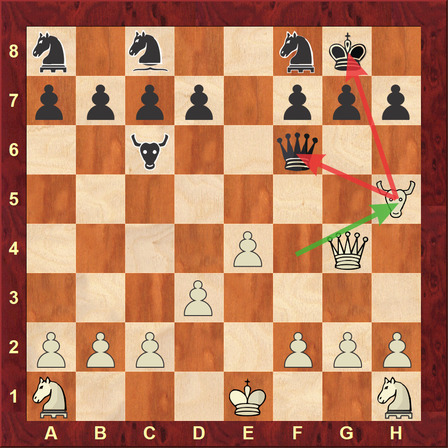 Give SuperChess™ a try. It is a lot of fun to play and you are guaranteed an exciting game. If you have any questions or you would like to send us one of your amazing games, email superchess@chesspower.co.nz.